The public prosecutor of Fujairah, United Arab Emirates, charges that on October 7, 1990, Charles and Shelby Roberts did kidnap Shamema Honzagool Sloan, a child of 8 years old at that time.

There is an international INTERPOL warrant outstanding for the arrest of Charles Roberts for this crime.

The child has never been returned to either her mother or her father and is still being held by Charles and Shelby Roberts.

In addition to claiming that they had adopted my daughter, Charles and Shelby Roberts falsified other facts as well. For example, they claimed that they were 36 and 32 years old and that Charles Roberts was an engineer. In reality, they were 56 and 52 years old and Charles Roberts was an unskilled laborer running a grinder machine in a factory. These falsifications were obviously made to project an image of themselves as persons qualified and capable of caring for a young child.

Return to my Home Page

Here is Why Officials of the "Commonwealth of Virginia" can robb, steal and kill with impunity, and often do so. 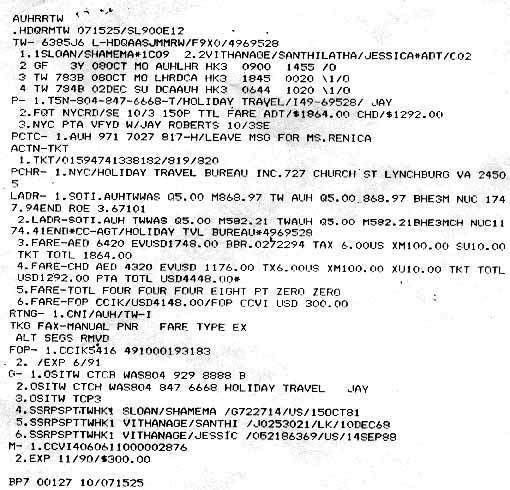 Jay Roberts, son of Charles and Shelby Roberts, is now asking for donations of $4,800 to help him Spread the Gospel

. Here is: Map to the House of Honzagool.

What do you think? Express your opinion in the guestbook! Here are links: