Inspector General's Survey of the Cuban Operation and Associated Documents

The only surviving copy of the Inspector General's top-secret report on the Bag of Pigs invasion of Cuba in 1961 has just been released.

Here is the report: HTML Version of Inspector General's Survey of the Cuban Operation - October 1961.

It has been released in JPEG format, only. It is in the process of being scanned. I am trying my best to correct the errors made by the scanner (which are numerous).

It is 150 pages long, with about 70 pages of appendices and attachments.

However, there is not much on a page. A good typist could complete the job in a few hours. 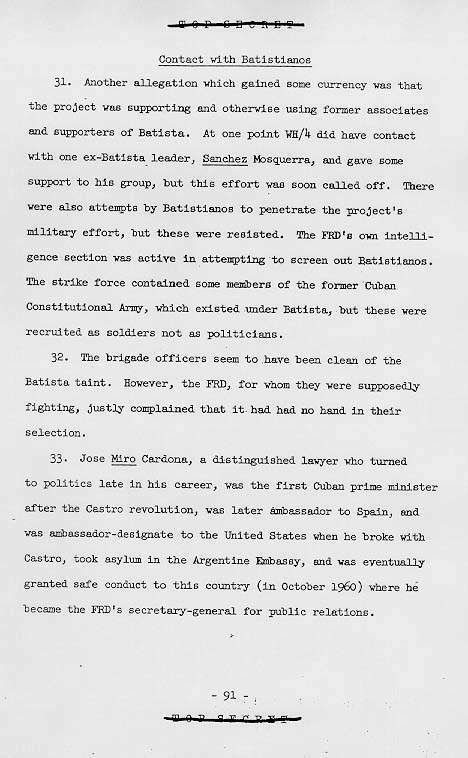 Here is a link: The Inspector General's Top Secret Report.

The report is to be Published in book form.

Here is a typical sample page: